What fundraising can learn from The Martian 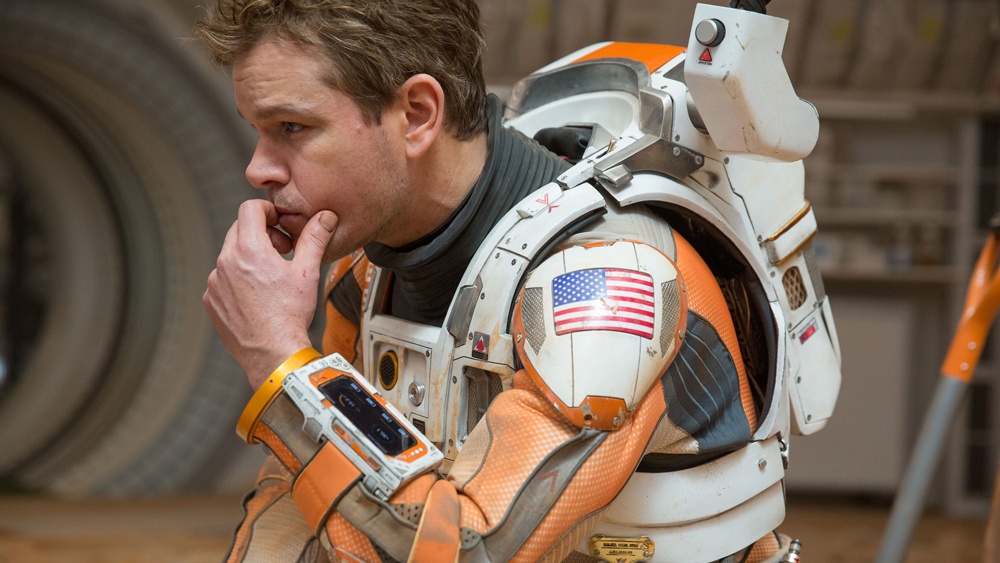 There’s an enjoyable scene near the start of The Martian.

There’s an enjoyable scene near the start of The Martian. Matt Damon's character records a video log entry and outlines the scenario he’s facing.

He’s been left behind on Mars and has to figure out how to grow enough food to stay alive for the 400 days it will take the rescue mission to reach him. He stares into the camera and says,

“So, in the face of overwhelming odds, I’m left with only one option; I’m going to have to science the shit out of this.”

He makes science sound cool and practical which is something few scientists have achieved.

I wanted to share a definition of the scientific method at this point, but they’re all so clunky and verbose.

And the scientific method is simple enough. To find out how to do something, you set-up tests and try different things until you find something that works.

Trying and observing and trying again is the process that has created just about every aspect of modern life. Everything from the tyres on your car, to the cutlery in your kitchen drawers, to the screen you’re looking at now. These are all results of somebody taking a scientific approach to a difficult problem.

So why don't fundraisers science the shit out of their most difficult problem? I.e. Donor acquisition.

In previous posts like this I’ve outlined the acquisition problem.

The odds aren’t quite as overwhelming as trying to survive on Mars, but a flattened media landscape, widespread loss of trust and GDPR are making acquisition much harder.

Yet fundraisers aren't trying lots of different ways to get new donors.]

In my opinion, the main reasons for this are:

But by applying a scientific approach to Facebook Ads (or email or Instagram Ads or Twitter Ads) you can move past these obstacles quite quickly and change the status quo in your charity.

And I’m not talking theory here. I’ve delivered this in practice.

For some UK clients I’ve run £500 Facebook Ad tests to see if a certain audience was or wasn’t interested in a new fundraising campaign.

By monitoring the link-click-through-rate and cost-per-sign-up, they were able to make informed decisions about whether or not to invest e.g. £50,000 in a full-on campaign. And greatly reduced the risk of wasting donors money.

Just have a little think about that one…

Say, for example, you’ve got a proposal on your desk for a fundraising event which involves building a crazy obstacle course in the countryside, then asking 25 - 44 year olds to do it.

You can find out if they want to do it before you go building a crazy obstacle course in the countryside.

In short, Facebook Ads make it cheaper and faster than ever before, to find out how people want to support your cause. A fact which should get your team’s fundraising ideas flowing and keep your Head of Finance calm.

How will you know if a test is successful?

If you can get a link-click-through-rate of 1% on Facebook, you’re on to something.

And it gets even better and more scientific. Facebook Ads let you isolate specific audiences. So you can test your new fundraising campaign on 2 or 3 different audiences and see which one bites.

You’d still need to spend a minimum of €500 per audience, but it could be worth it if you find out exactly who your target audience is and have a successful fundraising campaign to run in the coming years.

And if you really want to science the shit out of it, keep testing as you roll out.

Test multiple images, copy versions and headlines (don’t skip the headlines..... my biggest learning in 2017 was how much of a difference headlines make to cost-per-acquisition).

Facebook’s new Dynamic Creative tool lets you run 25 variations of your ad at the same time and see which image-copy-headline combo works best. It's so good...

The brilliant thing about continuous testing is that you always feel like you're making progress. It can actually get a bit addictive. Because every time you log-in you’re learning.

You’re getting closer to solving that acquisition problem.

And the conclusion I've reached is a simple one.